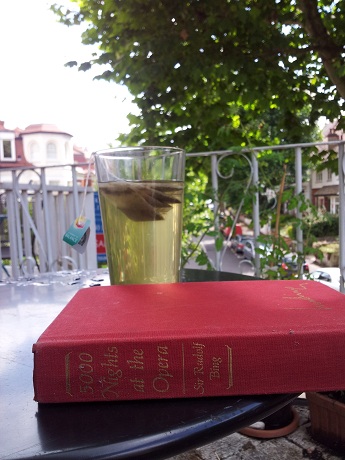 “Franco Corelli has a dog that must go with him everywhere. The dog can ride with us in the chartered plane, but on a scheduled flight it must go in a container and the container must go in the luggage compartment. Even with my connections with the president of Eastern Airlines (which gave us $500,000 toward the cost of a Ring cycle), there is nothing I can do. So Corelli had to stay with the company and fly our chartered plane, which he did not want to. After a performance in Cleveland, without telling anybody, he hired a car and drove off at midnight. He found to his great surprise that it took him nine hours to drive to New York. Then he couldn’t fly to Atlanta because he couldn’t take the dog, so we arranged for him to take the train. I had him picked up by limousine, because otherwise he couldn’t have found the station, the track, the train or the compartment. They arrived two minutes to spare, and Mrs. Corelli found she had forgotten the holy water. My boy, with great presence of mind, pushed Corelli into the compartment with the dog and took Mrs. Corelli home to take the holy water – without the dog, she could fly to Atlanta. If I hadn’t put up with this sort of thing, somebody at another opera house would have, and would have paid Corelli a higher fee, too.”